Good design intuitively nudges users to Do The Right Thing. Good design does this subtly and transparently so users don't even know it's happening. 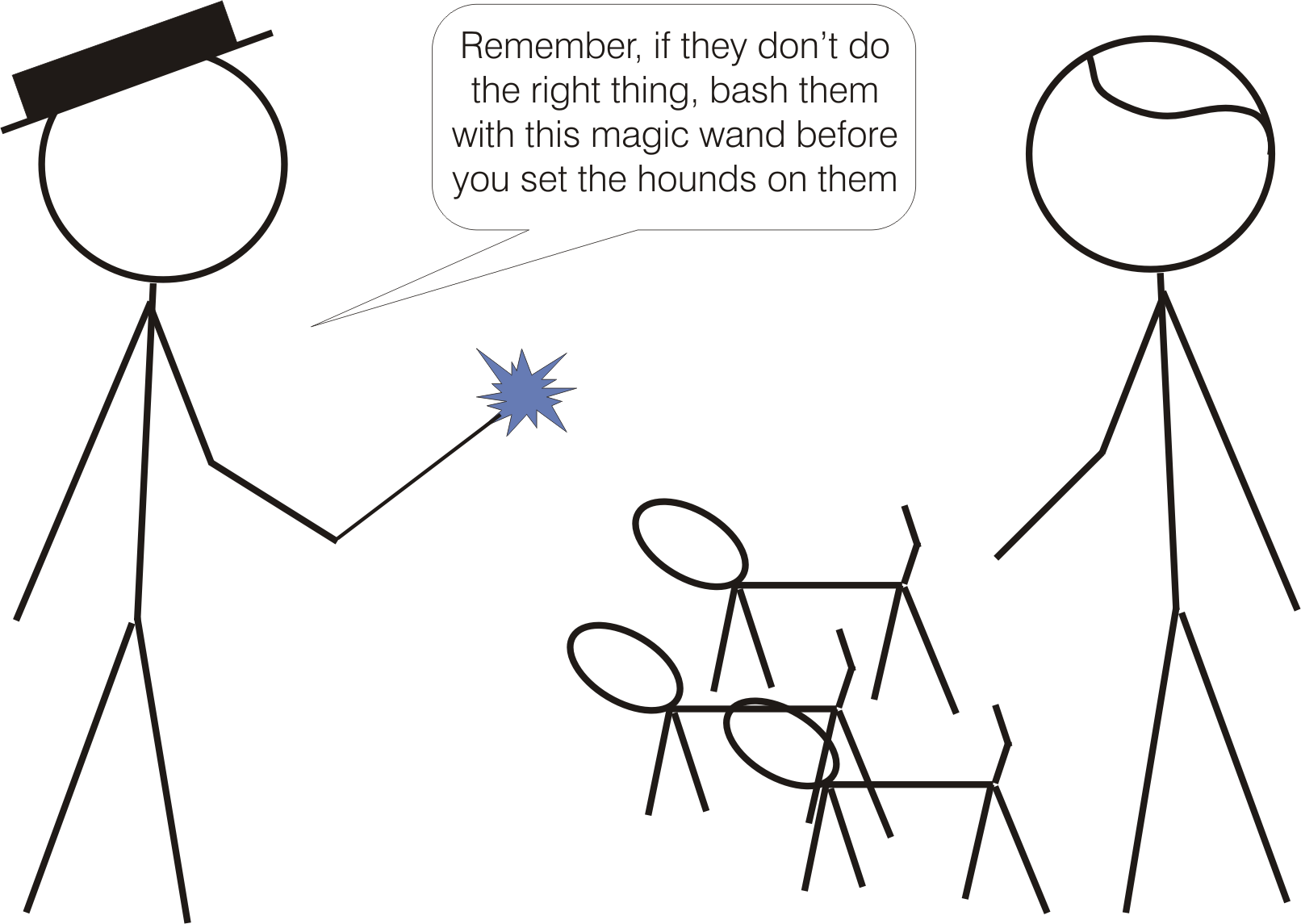 A common and obvious example in Anglo Saxon territories is accepting Cookies for GDPR. Brightly coloured accept and neutral reject, it's also the first button.

As long ago as 1865 when Lewis Carroll wrote Alice's Adventures in Wonderland and 1871 when he followed with Alice Through the Looking Glass, the mathematician accurately expressed different perceptions of the initial shrinking to "Jabberwocky" where users can read into a text something that isn't there. These observations have been used to influence behaviour for a very long time.

Users like to be in control, offering them choice is a way of delivering this. For example monthly payment or annually with discount, coerce them and it'll likely backfire. An open comparison leads users to make the right decision for their circumstances.

It may be preferable to offer a Hobson's choice where only one thing is actually offered.

Well laid out content that informs users without raising questions often leads to positive confirmation bias choices. Reducing friction, particularly the number of steps required to effect an action is a significant enabler .

The look and feel of an app or site makes a significant difference to how it's perceived and used, in any case it should reflect both the organisation and the target user's expectations. There are many aspects designers balance to create a look and feel. Preventing fatigue and information overload by using subtlety usually achieves more.

Red is for Danger

Monitoring touch points is an essential tool to monitor expected behaviour. Initially during focus groups, and also longer term to assess campaigns and effectiveness as language and perceptions evolve.

Commissioning a designer and copywriter to align products with user goals may be the best investment any product manager can make .